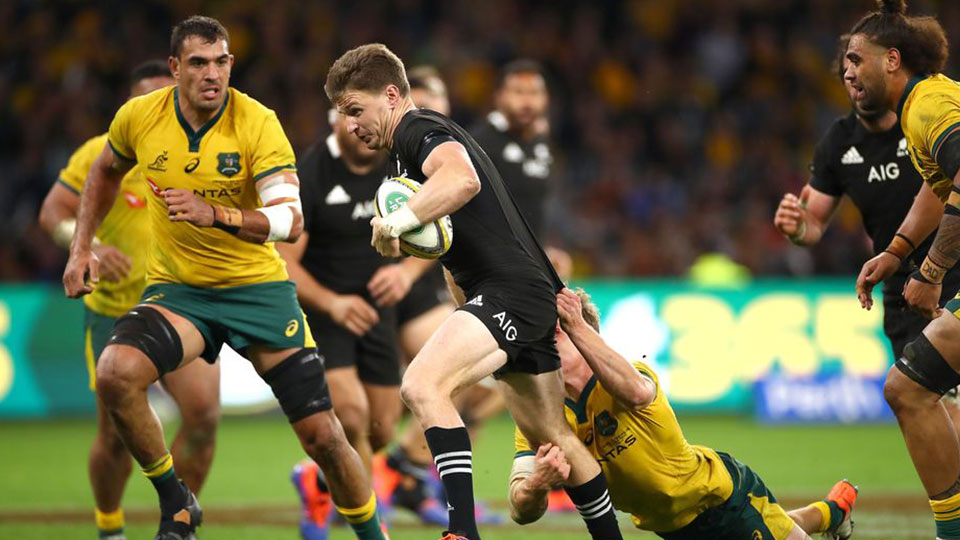 Approaching their 10th anniversary as the number one team in the World Rugby Rankings, New Zealand’s reign at the top is now under threat from not one rival but three.

On a weekend when they face Australia in the Bledisloe Cup decider at Eden Park in what is Steve Hansen’s 100th test match as head coach of the world champions, Six Nations Grand Slam champions Wales, their opponents England and Ireland all have a chance to take on the mantle that they have held since 16 November, 2009.

Having passed up an opportunity to create history by losing to England at Twickenham last Sunday, Wales will become the number one side if they overturn that result in Cardiff on Saturday regardless of what happens a few hours earlier in Auckland.

Similarly, an English victory in the Welsh capital by more than 15 points would see Eddie Jones’ team rise to the top for the first time since June 2004.

As for Ireland, the number-crunching shows that draws in Cardiff and Auckland, or an Australian win, would be enough for them to assume the number one ranking for the first time without even taking to the field.

We take a closer look at all five of this weekend’s RWC 2019 warm-up matches with team news, key stats and how the rankings could be affected.

Steve Hansen makes five changes of personnel and one positional as the All Blacks look to bounce back from last weekend’s record defeat at the hands of Australia in front of a capacity crowd at Eden Park.

Joe Moody and Nepo Laulala pack down at prop either side of retained hooker Dane Coles while Patrick Tuipulotu joins Sam Whitelock in the second row. The back-row of Ardie Savea, Sam Cane and captain Kieran Read remains intact.

In the backs, Anton Lienert-Brown shifts out one position to outside centre to accommodate the return of Sonny Bill Williams at 12 with the two remaining changes coming on the wings, George Bridge and Sevu Reece replacing Rieko Ioane and Ben Smith respectively. Aaron Smith and Richie Mo’unga go again at half-back with Beauden Barrett – who scored four tries against Australia at Eden Park last year – deployed at full-back for the third match in a row.

Wallabies coach Michael Cheika has made just the one forced change to his starting side ahead of Saturday’s Bledisloe Cup decider.

Adam Coleman comes into the second row for his first test start of 2019 after a hand injury ruled out Rory Arnold. Coleman made his return from injury in last week’s victory at Optus Stadium. The second-row re-shuffle means Rob Simmons has been named among the replacements, alongside potential debutant Liam Wright and the vastly experienced Adam Ashley-Cooper, who is set to play in his first test of the year.

Australia haven’t won at Eden Park since 6 September, 1986 – only three players across the two squads were born then, Adam Ashley-Cooper for Australia and Kieran Read and Sonny Bill Williams for New Zealand

The same applies if England win by more than 15 points, even if the All Blacks also do

New Zealand have only been ranked third for one week, back in November 2003 after losing to Australia in the RWC 2003 semi-finals

This can also happen even if Australia lose by more than 15 points, providing South Africa lose as emphatically

With Gareth Anscombe ruled out of Rugby World Cup 2019 contention with a knee injury, Dan Biggar steps up off the bench, as he did at Twickenham last Sunday, to pull on the famous Welsh No.10 jersey. He partners Gareth Davies at half-back in an otherwise unchanged backline.

Wales have also named an unchanged front row with Nicky Smith, Ken Owens and Tomas Francis all starting, while Jake Ball comes into the second row alongside captain Alun Wyn Jones and Adam Beard drops out of the match-day 23. The back-row includes James Davies – the brother of outside centre Jonathan – at openside instead of Justin Tipuric, with Aaron Wainwright and Ross Moriarty retaining their spots at six and eight respectively.

Wales and England will be meeting for the 134th time in tests; England lead the head-to-head 63-58 with 12 draws

The Davies brothers, James and Jonathan, start together for the first time in a test and are the first brothers to play alongside each other for Wales since 2006

Wales will top the rankings for the first time if they win, regardless of New Zealand’s result

A draw in Cardiff would see Wales drop below Ireland

Siya Kolisi is included in the Springboks’ new-look starting line-up as he continues his rehabilitation from a long-term knee injury, but the Springboks captaincy goes to hooker Schalk Brits on this occasion. In taking possession of the armband, Brits becomes the second oldest Springbok captain at 38 years and three months and will make his first start in the green and gold since 2008. Western Province’s uncapped Scarra Ntubeni provides the hooking cover on the bench.

Rassie Erasmus has picked a completely different XV to the one that started the 46-13 Rugby Championship title-clinching win over Los Pumas in Salta last weekend. Thomas du Toit and Vincent Koch join Brits in the front row, while RG Snyman and Lood de Jager pack down behind them in the second row. Alongside Kolisi in the back row are Rynhardt Elstadt and Marcell Coetzee. Cobus Reinach and vice-captain Elton Jantjies are the half-back pairing and André Esterhuizen and Jesse Kriel make up the midfield. Warrick Gelant is selected at full-back with Sbu Nkosi and Dillyn Leyds on the wings.

Only five players retain their starting places for Argentina from last week’s loss. Captain Pablo Matera packs down at blindside and Javier Ortega Desio also returns but at number eight instead of on the blindside. Marcos Kremer switches from second-row to fill the vacant number seven shirt. The new-look front row includes props Mayco Vivas and Santiago Medrano and hooker Julian Montoya with Agustin Creevy having to settle for a place on the bench. Guido Petti and Tomas Lavanini form the second-row partnership.

Felipe Ezcurra and Joaquin Diaz Bonilla are paired together at half-back and Lucas Mensa comes into the side at 12 with Jeronimo de la Fuente shifting out a place. Ramiro Moyano gets another run out on the left wing and Sebastian Cancelliere makes his first test appearance of the year on the right. Joaquin Tuculet replaces Emiliano Boffelli at full-back.

The only other test against Argentina at this venue was five years ago, on 16 August, 2014, when Jean de Villiers’ Springboks scraped home 13-6

The Springboks have only lost once at home to Los Pumas in 12 previous encounters on South African soil, 37-25 in Durban in 2015
Rankings predictor

Argentina will return to ninth in victory, having fallen out of the top 10 last weekend

If France also lose to Scotland, they will climb to eighth – the same applies if Scotland lose by more than 15 points and Argentina win by the same margin

Loose-head prop Jefferson Poirot will captain France for the first time, and there is another first at half-back, as Antoine Dupont and Camille Lopez start together in a partnership previously untested at this level. Importantly, Rabah Slimani is back from injury to anchor the scrum at tight-head prop after missing the Six Nations through injury.

For Scotland, Edinburgh hooker Stuart McInally returns as captain having led the side to the dramatic retention of the Calcutta Cup in the Six Nations finale earlier this year and takes to the field in a near all-Edinburgh pack.

He partners tight-head prop Simon Berghan and the club’s new signing Jamie Bhatti in the front-row, with Grant Gilchrist and Ben Toolis returning to start in the second-row as they did at Twickenham. John Barclay and Jamie Ritchie complete the capital club’s contribution in the back-row with Blue Bulls number eight Josh Strauss completing the pack.

Glasgow Warriors pair Adam Hastings and scrum-half Ali Price line up at half-back, while Duncan Taylor and Huw Jones man the midfield for the first time. Full-back and vice-captain Stuart Hogg anchors the back-three with fellow Hawick man Darcy Graham and Byron McGuigan on the wings.

France have not lost to Scotland on home soil in 20 years, a run that stretches to 11 matches (all in Paris)

France and Scotland will swap places if Les Bleus win

Scotland cannot climb any higher than their present position of seventh

Sergio Parisse returns to captain Italy for the 90th time in what is a much-changed line-up from the one that was beaten by Ireland last weekend. Only Matteo Minozzi, who was a late addition to the Azzurri midfield in Dublin after the withdrawal of Marco Zanon, remains in the XV following Conor O’Shea’s reshuffle.

Parisse wins his 139th cap at number eight in a back row also containing Jake Polledri and Abraham Steyn. Packing down ahead of them are Andrea Lovotti, Luca Bigi and Tiziano Pasquali in the front row and second-rows David Sisi and Federico Ruzza.

Tito Tebaldi and Tommaso Allan combine for an experienced half-back partnership while Luca Morisi and Michele Campagnaro should add some potency to the midfield. The back three includes Mattia Bellini and Minozzi on the wings and Jayden Hayward at full-back.

Kiril Gotovtsev continues his exciting transformation from international freestyle wrestling and the two-man bobsleigh after being named at tight-head by Russia head coach Lyn Jones. Gotovtsev impressed Jones during this year’s World Rugby Nations Cup and packs down in the front row with fellow prop Valery Morozov and hooker Stanislav Selsky. Andrei Garbuzov and Andrei Ostrokov bring plenty of experience to the second-row, while the back-row consists of Nikita Vavilin and Tahir Gadzhiev on the flanks and test centurion Victor Gresev at number eight.

The half-back combination of former Russia Sevens captain Dmitry Perov and Ramil Gaisin is new and potentially very exciting with Dimitri Gerasimov and Vladimir Ostroushko making up the midfield. Kirill Golosnitskiy and HSBC World Rugby Sevens Series speedster German Davydov line up on the wings and captain and full-back Vasily Artemyev completes the back three.

Russia beat Namibia 20-0 in their last international in June

An Italy victory will have no impact on the rankings

The World Rugby Rankings are officially updated at 12 noon Dublin time every Monday. 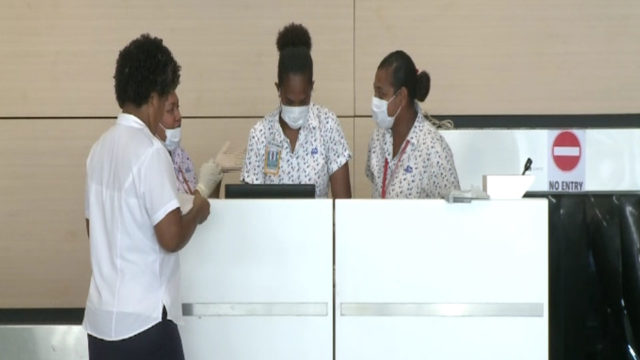 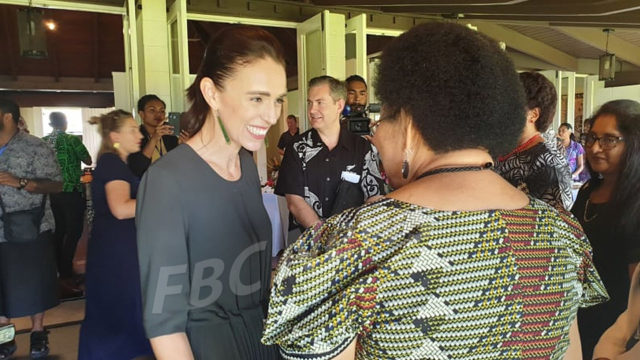 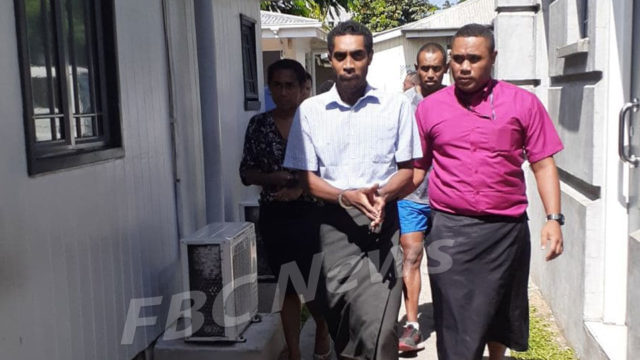 Man remanded in custody over the death of two-year-old 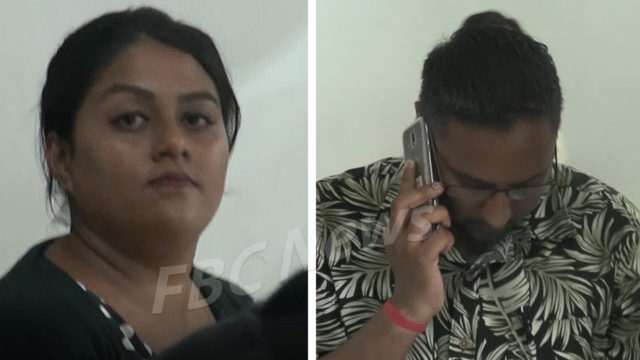 Two involved in an alleged visa and ticket scam bailed 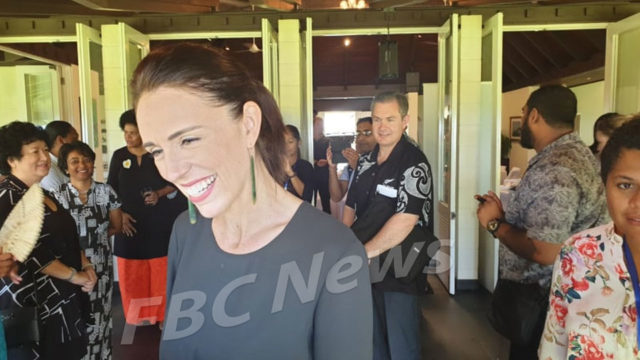