A family in Nadi is in desperate need of help as flood waters continues to rise. Ulita Meqei says they are begging for help to save her families lives.

She says her brother and two other families are stranded in the middle of the floods behind Nadi Town.

Meqei says they have been calling for help since this morning.

She says there are seven children who are part of the three families.

Also at Navakai, Nadi 15 people are stuck in a house and urgently need assistance.

Resident Mohammed Kasim says this is one of the worst floods they have experienced.

Vatukarasa is flooded and the roads are closed to traffic.

Authorites ordered to get ahead of flooding situations

Prime Minister Commodore Voreqe Bainimarama has ordered government teams to get ahead of the situation and anyone in need of immediate evacuation should contact their nearest police, fire stations or district officer.

DISMAC Director Pajiliai Dobui says they are currently assessing the weather situation and its effects to determine if declarations need to be made.

Flooding in many areas of the western division is higher than at points during the January floods however how quickly the water recedes over the next 24 hours will be critical to any decisions made.

Dobui says request for assistance has come from low lying villages around Lautoka, Nadi, Ba and Sigatoka this morning and they have been evacuated.

All district administration and all officers in the western division have activated their emergency operations centres.

Please contact the following numbers if you need any form of assistance:

A major landslide at Yadua, outside Sigatoka town has forced the closure of that portion of the Queens Road.

Department of National Roads spokesperson Iliesa Sokia says it will take close to seven hours to clear the road.

Police have dismissed claims on any casualties.

Spokesperson, Inspector Atunaisa Sokomuri told FBC News a few calls were made to Police however when they checked there were no such cases.

He says police is monitoring the situation and they can confirm that no life has been lost in the floods at this stage.

Nadi Police is working with DISMAC officials to rescue people who are stranded in Nadi.

FBC News has received numerous calls from frustrated residents who are sitting on roof tops, containers and some hanging on to trees for assistance.

Police Spokesperson, Inspector Atunaisa Sokomuri confirms that the authorities are rescuing those stranded and police have called on people who have boats to lend it to the authorities so that they can assist more people.

People stranded in floods are desperately asking for help as the floods create havoc in the western division.

DISMAC is urgently requesting people who have boats to immediately contact the Nadi District Officer, Police and government officials.

DISMAC says it will take responsibility of the boats which are required for rescue purposes.

In Ba 11 evacuation centres have activated.

Updates from the North

In the North, a family of three was lucky to escape a landslide this morning in Naqiqi Labasa.

FBC News has been informed that a big rock fell from a hill near the house and bumped into the house causing some damage to the house.

A 2-year-old girl was sitting at the doorway where the rock landed, however, no one was injured.

Also Nakama and Waiqili bridge is under 4 feet flood water.

Parts of Valley Road in Sigatoka are under water flood waters.

Roads in Bilalevu and Nabaka is under flood water while rain continues.

Sigatoka Town is also underwater and Police is urging the public not to loiter around.

Sigatoka Town resident – Saleshni Devi says houses near the Sigatoka Methodist School, are all underwater and heavy downpour is continuing.

Navua Police says they are hoping the low tide at 2pm will lower the levels in Navua River.

Vodafone has started a flood appeal and they donated $48,000 to start the appeal. 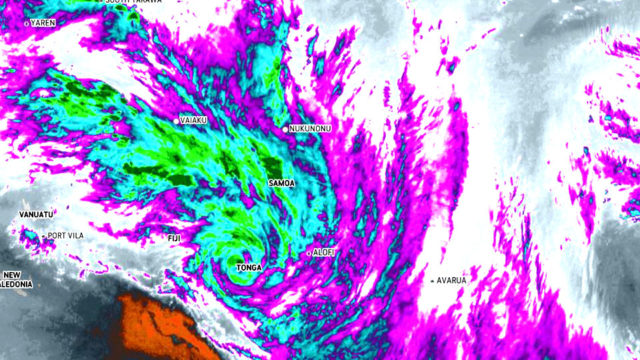 TC Tino continues to move away from Fiji 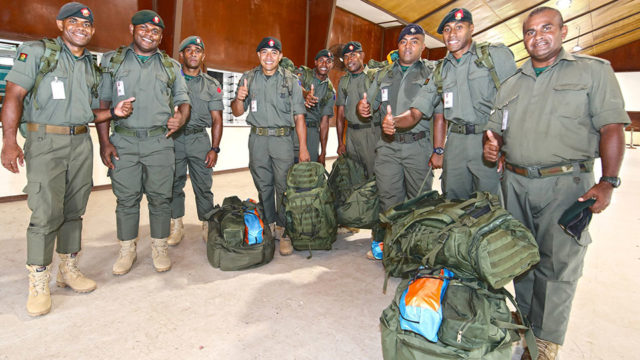 Proud day to be Fijian, PM says as troops deploy for Australia 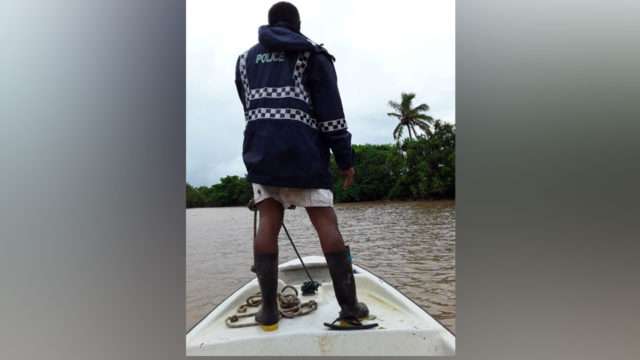 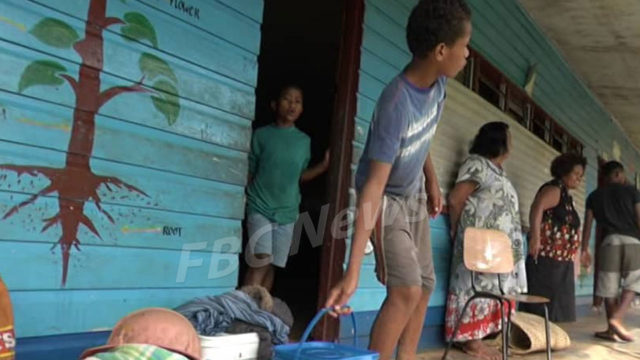 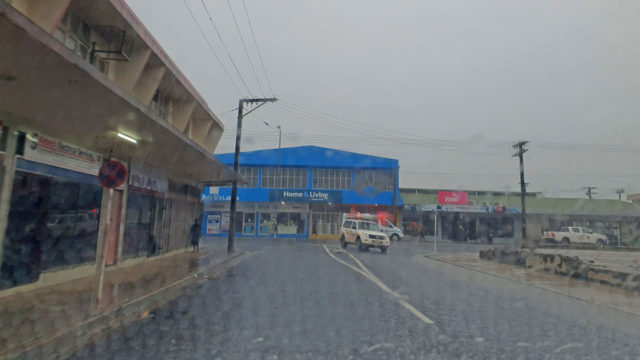 Teams deployed to affected areas in the North