The flood waters are causing havoc around the country as people brace for the worst and more severe effects than the January floods.

Starting our coverage in Nadi, which is again bearing the full brunt of the floods.

Majority of Nadi is under water and Metrological director Alipate Waqaicelua says people were caught in the situation after not taking heed of warnings.

He also says the Nadi River has broken its banks and it is currently high tide.

And he says another tropical depression is approaching the country.

An AK Naicker bus is stuck in Nadi flood waters. There were four passengers on the bus.

While two have managed to leave the bus, the other two remain stranded in the bus and are pleading for authorities to rescue them.

10 people are pleading for help as they are stranded at the Hibiscus Pacific Resort on the Nadi back road waist high in water with no word of help from authorities.

Hibiscus Pacific Resort employee, Jo Keli says they are in dire need of rescuing from the area which is situated where the old Digicel headquarters used to be situated.

A family of four – including a seven month old baby and a four-year-old child -were rescued this morning after spending seven hours marooned on the roof of their house.

They took to the roof of their container home in Navu, Nadi as the water rose overnight.

And another family of six in Korovuto, Nadi has been rescued by the same fibre glass boat.

In Sabeto, at least 50 people have taken up shelter at the community hall in Nakala Village after flood waters entered their homes.

Vetava says they are also without electricity and water supplies and also experiencing strong winds.

Malolo and Korovuto areas are also under flood water and closed to all traffic.

Ba has not been spared either.

With the rise in water levels in Ba town, authorities have put in a curfew to restrict people’s movement.

Ba Town Council Special Administrator Arun Prasad says this is this is the worst flood they have ever experienced.

Kings road in Matawalu is also under water and closed to all traffic.

Nabuna Bridge and Rakiraki flats are also under water and closed to all traffic.

In Ba, Wailailai flats are also under water and parts of Nailaga is also flooded.

The fire, which destroyed the Variety Shop in Rakiraki Town has been contained.

With the help of Water Authority, Police and residents they were able to put out the fire.

In Lautoka, areas are flooded and closed to traffic and these include Matawalu, Naviago, Vitogo, Lovu and Natabua.

DISMAC is trying to establish the number of evacuees at evacuation centres.

Also the Drasa flat in Lautoka is under water, in Tavua, Tavua village and Tavualevu bridge is also under water.

The Kings and Queens Road have been closed to all traffic due to the flood waters.

He is appealing to the public not to cross flooded rivers as experienced in the past.

Police is once again advising parents to monitor their children’s whereabouts during this time and ensure they do not get close to any flooded drains or creeks.

Updates from the Northern division

In the North, a family of three was lucky to escape a landslide this morning in Naqiqi Labasa.

FBC News has been informed that a big rock fell from a hill near the house and bumped into the house causing some damage to the house.

A 2-year-old girl was sitting at the doorway where the rock landed, however, no one was injured.

Also Nakama and Waiqili bridge is under 4 feet flood water.

Parts of Valley Road in Sigatoka are under water flood waters.

Roads in Bilalevu and Nabaka is under flood water while rain continues.

Sigatoka Town is also underwater and Police is urging the public not to loiter around.

Sigatoka Town resident – Saleshni Devi says houses near the Sigatoka Methodist School, are all underwater and heavy downpour is continuing.

Navua Police says they are hoping the low tide at 2pm will lower the levels in Navua River. 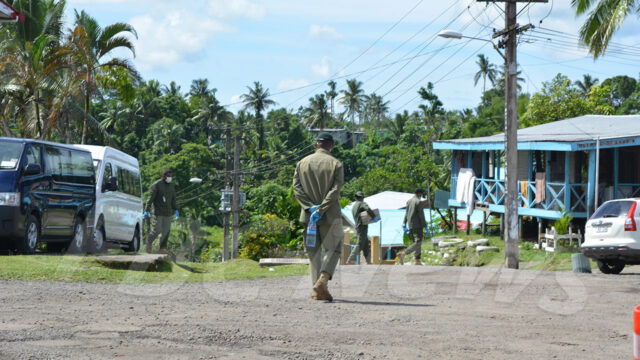 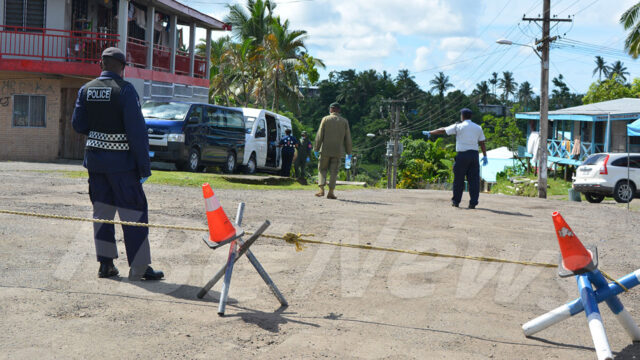 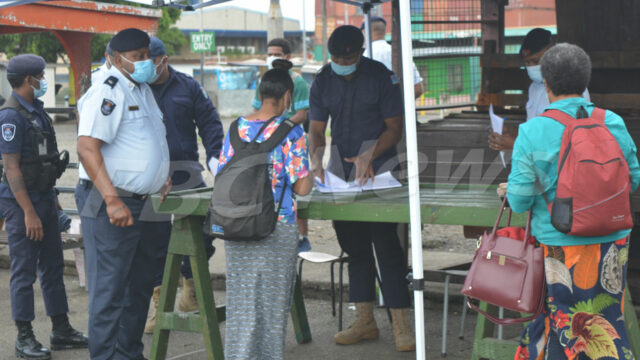 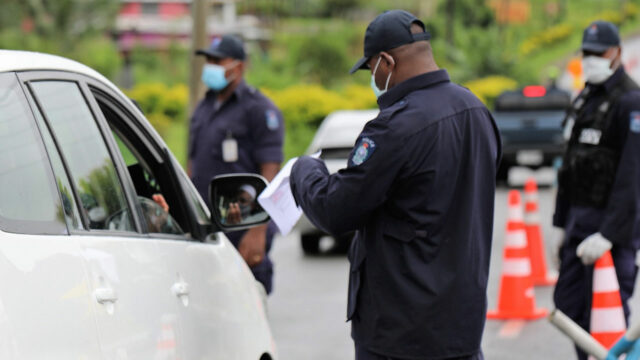 Lockdown for Viti Levu still on the table 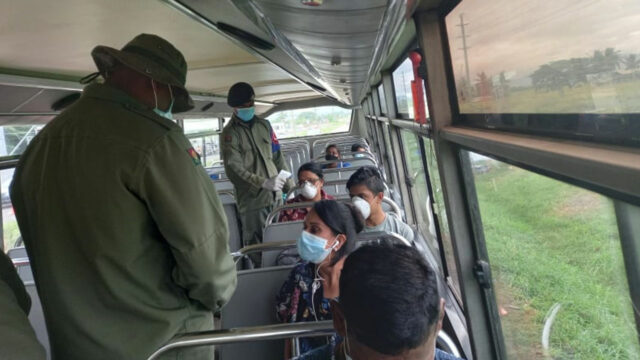 Varman claims he was threatened