Over 300 new infections with four deaths 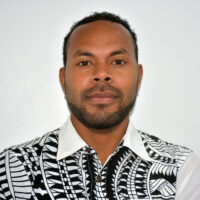 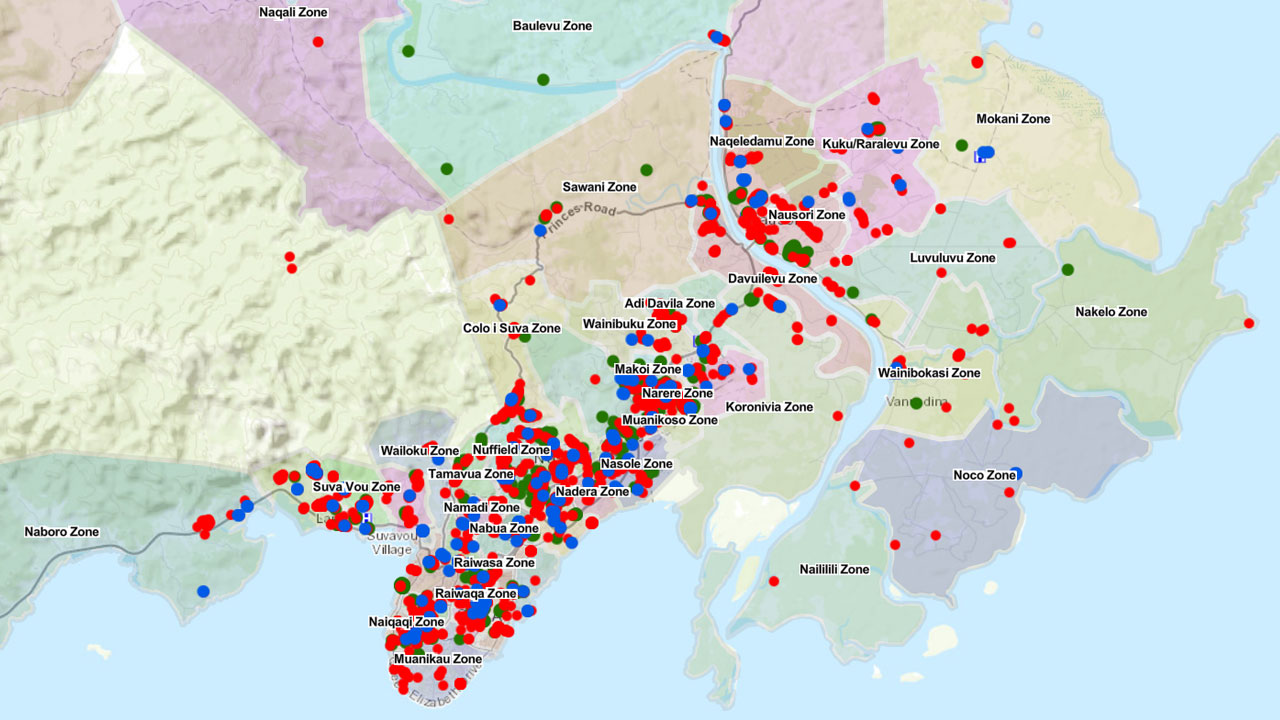 Fiji has recorded 312 new infections of COVID-19 and four deaths in the 24-hour reporting period that ended at 8 am yesterday.

Permanent Secretary for Health, Doctor James Fong says the first death is a case that was previously announced as under investigation to determine if COVID-19 was the cause.

This is an 82-year-old woman from Qauia in Lami.

She had pre-existing medical conditions, was bedridden, and died at home.

According to protocol she was swabbed and tested positive for COVID-19.

She was declared dead by the attending medical officer and after investigation, it has been determined that the cause of death was COVID-19.

Other members of her household have also tested positive.

She was not vaccinated.

Doctor Fong adds the second death is a 68-year-old man from Toorak, who was admitted at the CWM Hospital in Suva after presenting to the FEMAT field hospital last Thursday in severe respiratory distress and testing positive.

He died yesterday in the intensive care unit.

His doctors have determined that his death was caused by COVID-19.

Doctor Fong says the third death is a 39-year-old woman from Knolly Street in Suva who tested positive and was admitted at CWM Hospital after having severe symptoms of COVID-19 at home, including shortness of breath.

She died yesterday in the intensive care unit, and her doctors have determined that her death was caused by COVID-19.

She had received her first dose of the vaccine this month. She was not fully vaccinated.

The fourth is a 70-year-old man from Veisari, Lami who presented in respiratory distress and died last night at the Raiwaqa Health Centre.

According to protocol he was swabbed and tested positive.

His doctors have determined that his death was caused by COVID-19.

A 54-year-old male who tested positive for COVID-19 at CWMH has also died.

He was admitted to the hospital for a severe pre-existing non-COVID-19 illness and it has been determined by his doctors that he died due to that illness and not due to COVID-19. 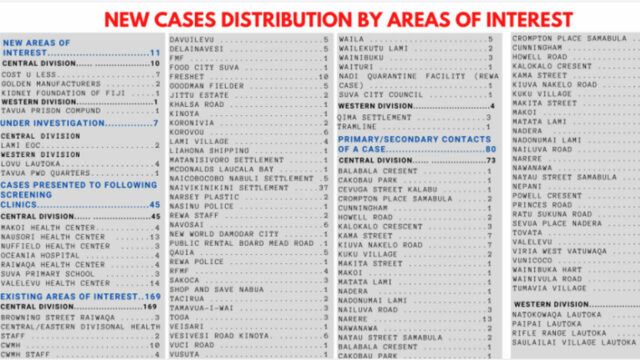 Doctor Fong says of the 312 cases 17 are from the Western Division.

Four cases are from the existing containment zones of Tramline and Qima Settlement in Nadi.

One is a prison officer from Suva in the Tavua prison compound.

Doctor Fong says the officer was undergoing quarantine as part of a movement from the red zone to the green zone – similar to the prison officers reported positive in Rakiraki yesterday.

The 2nd case in Tavua lives at the PWD Quarters and his source of transmission is under investigation.

There are also four new cases from Lovu, Lautoka with unknown sources of transmission.

Seven contacts of these Lovu cases in Lautoka have also tested positive.

The remaining 295 cases are from the Lami-Nausori containment area.

These include Cost U Less supermarket, Golden Manufacturers, and the Kidney Foundation of Fiji.

The remaining cases are contacts of known cases, cases that were seen in screening clinics and were swabbed, and cases under investigation to determine possible sources of transmission.

There have now been 21 deaths due to COVID-19 in Fiji, with 19 of these deaths during the outbreak that started in April this year.

The Ministry of Health has also recorded nine COVID-19 positive patients that died from the pre-existing non-COVID-19 related illnesses that they had been receiving treatment for at the CWM Hospital.

There have been 29 new recoveries reported since the last update, which means that there are now 3306 active cases in isolation. 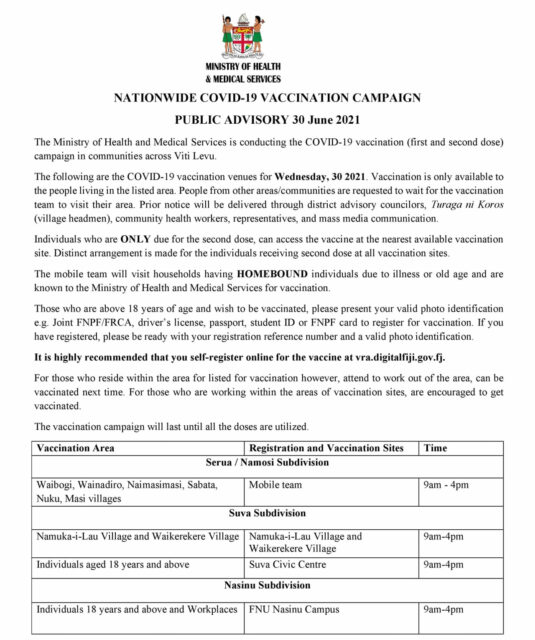 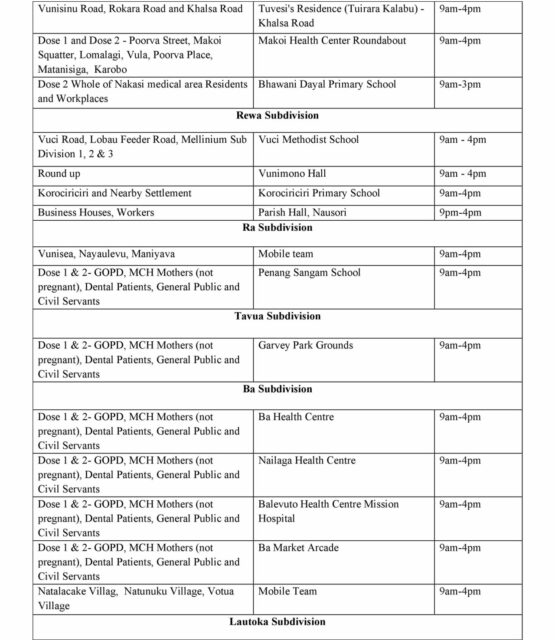 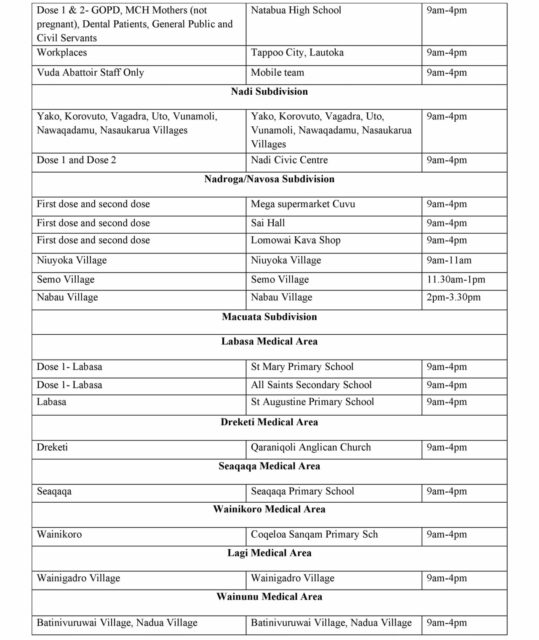 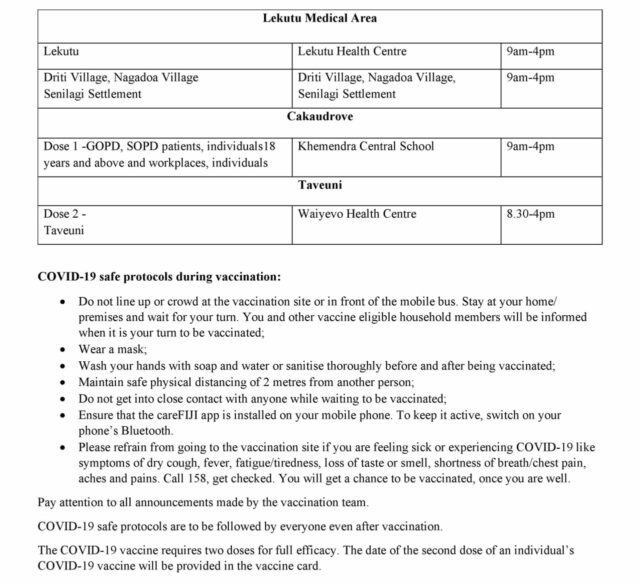 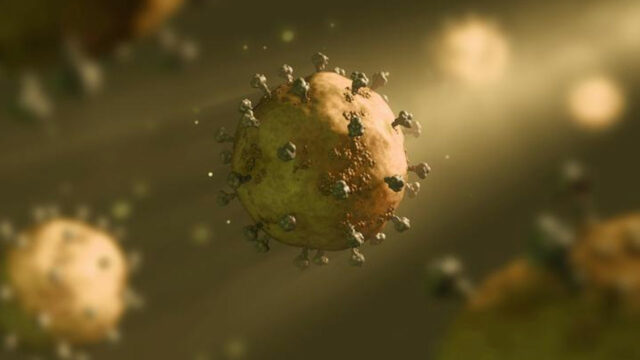 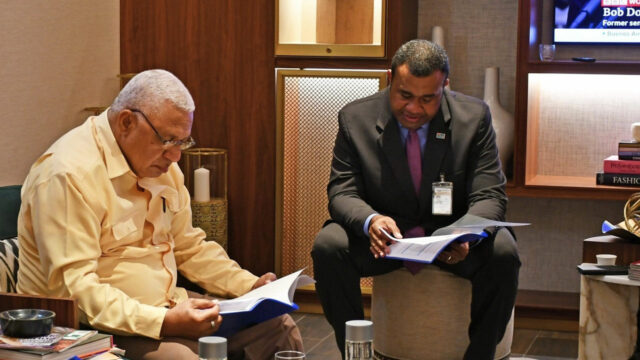 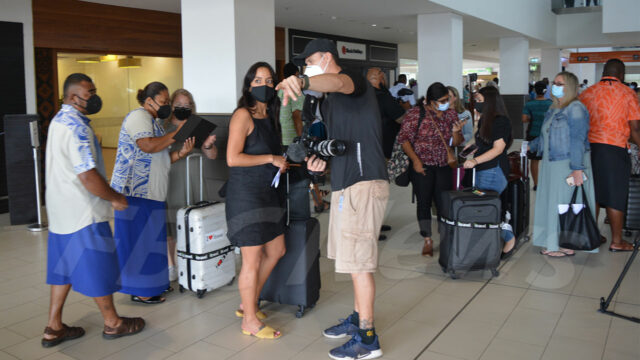 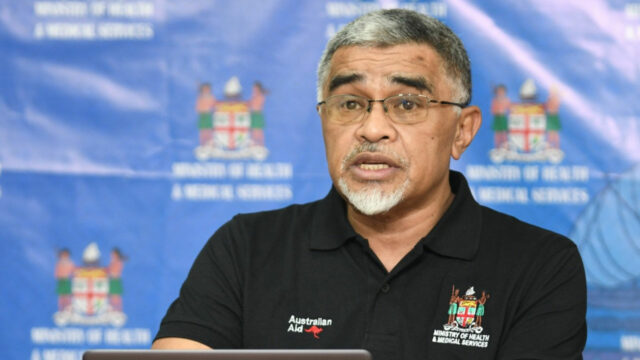 Spotters to scale up fining for non-compliance 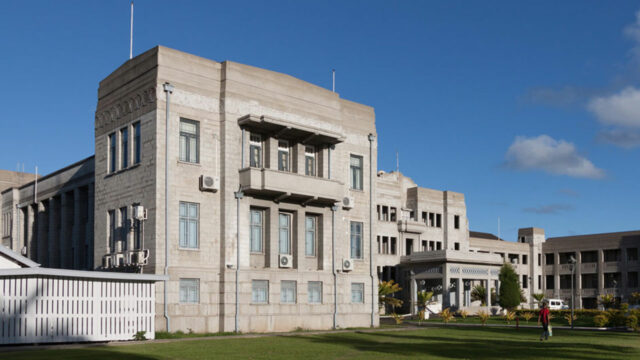 Fijian mum emotional as she arrived in the country

Two people have died and numerous others injured